Shinjiro Torii – A name you may, or may not have heard before; in case you haven’t, he is hailed as a true visionary, and was the man responsible for putting Japan on the map for good Whisky, all the way back in 1923. It’s been a long journey for Japanese Whisky since those early days.  Today, Japan makes some of the best Whisky in the world, and the name Suntory is as recognizable as their iconic bottles. It all started at the Yamazaki Suntory Distillery in Shimamoto, less than an hour by train from Osaka.

I want to create a perfect Whisky that reflects the nature of Japan and the spirit of Japanese craftsmanship.

Started in 1923 as a passion project to make the best Whisky in Japan, the Yamazaki distillery is now not only the leading distillery on these shores, but also one of the most recognizable Whisky makers worldwide. When Shinjiro Torii opened his first store (Torii Shouten) to sell imported wines, he never imagined the spirits empire he would create, nor the legacy he’d leave for the future.

It all started with that little store in Osaka, where Torii sold imported wines in 1899. The store became a small success, and eventually they started making a port wine called ADADAMA in 1922. This wine became a huge success, partly due to some clever marketing – posting the first nude advertising poster in Japan.

With that success under their belts, shortly after that, the first Malt Whisky Distillery was built in 1923, and they began production in December 1924. The first single malt Whisky became publicly available five years later under the name Kotobukiya.

In Post-War Japan, their Whisky (especially Torys) sold quite well, and their influence began to spread. They had a marketing campaign entitled: “Drink Torys and go to Hawaii”. At that time a trip abroad was considered a once in a lifetime opportunity, so the campaign became a huge success, and possibly had a hand in putting Hawaii on the map as one of the top travel destinations for Japanese.

The name of the company was officially changed to Suntory in 1963. 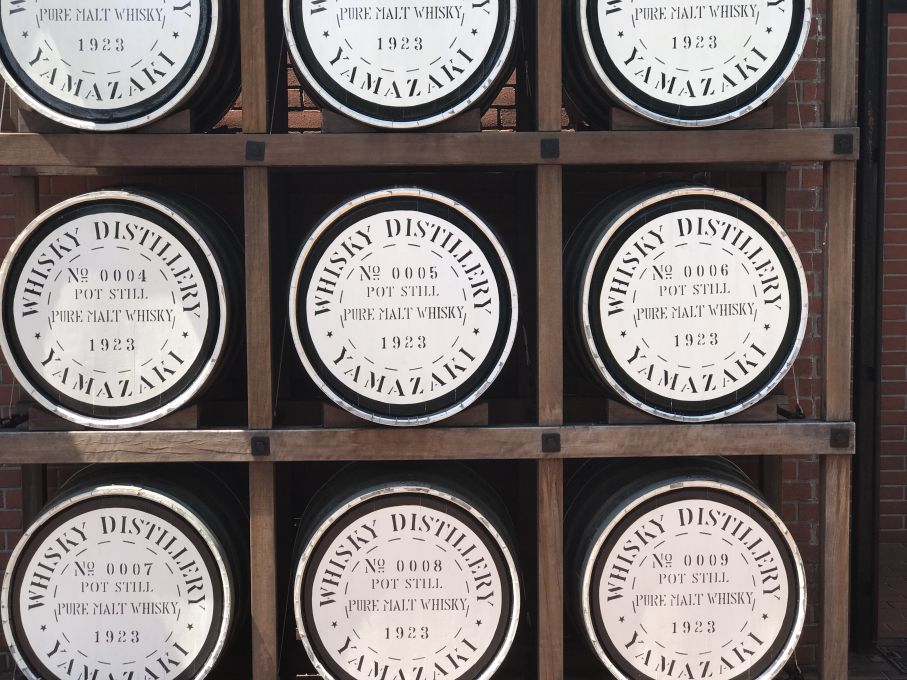 Situated in the foothills of Mt. Tennozan, between Osaka and Kyoto, the Distillery’s location was chosen for its exquisite natural water in the mountains just behind the distillery. Due to the moist and humid environment, it provided the perfect place for aging their Whisky.

Walking up to the gate, you have to register to receive your visitor passes. Walking around the distillery is free, but If you’d like to take a full tour, including a tasting session, you have to register online beforehand, as the tours are quite popular and are only offered a few times a day.
The interior is a good blend between historical traditional style and modern sensibilities, preserving the historical ambiance of the place. The bright, airy interior with wooden accents throughout provides a warm, friendly atmosphere to try any of their concoctions at the prominently featured bar area in the middle of the main room. There, you can try as many of their offerings including all their Whiskies, as well as soft drinks, as you like, but are limited to three glasses at a time. The prices are fairly reasonable and the beautiful interior bar area, as well as the exterior garden, provide a truly tranquil place to enjoy the smooth, earthy goodness in their Whisky. 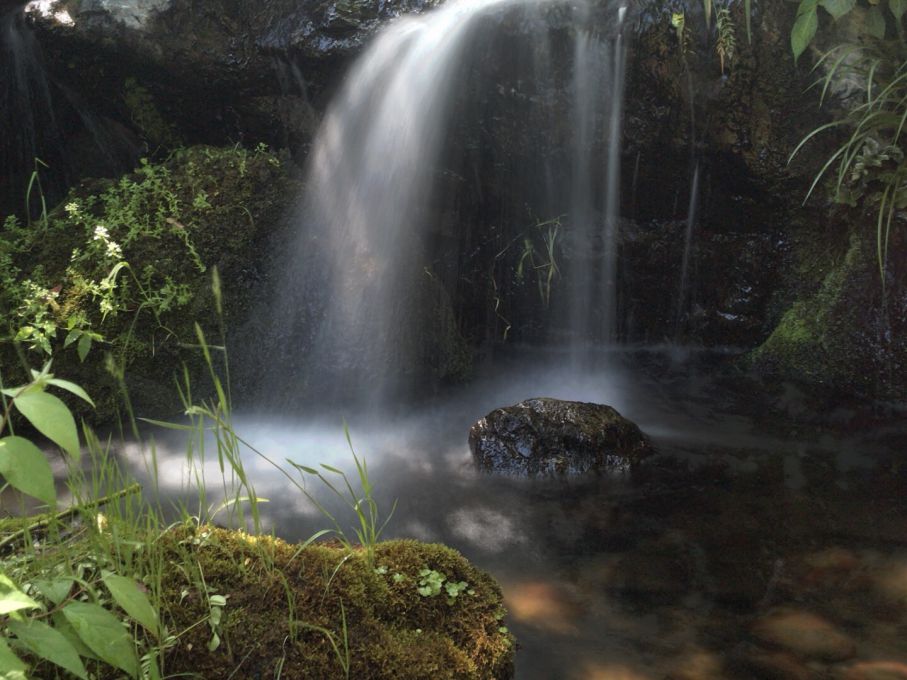 Suntory’s Whiskies have won numerous awards over the years, including the “World’s Best Blended Whisky” award on 5 separate occasions for their Hibiki 21. They have also won several Gold Awards, as well as being named “Distiller of the year”.

Unfortunately, Suntory stopped selling its Single Malt Whiskey ‘Hakushu 12 Years Old’ in June and its blended Whisky ‘Hibiki 17 Years Old’ just recently, in September, due to surging demand at home and abroad that has outstripped the distillery’s production capacity.
The later (Hibiki 17) was featured in the 2003 movie Lost in Translation.
Hibiki Whisky is one of the most popular premium blended ranges to come out of Japan. The taste is quite distinct, and the bottles are iconic, featuring 24 facets that represent the 24 small seasons of Japan and the hours in a day, so I believe I speak for all the Japanese Whisky fans out there, including Bill Murray, when I say this: You’ll be sorely missed, Hibiki 17.

The Hibiki 21-Year-Old is by far the most globally renowned beverage in the portfolio, having received the award for the “World’s Best Blended Whisky” on five separate occasions, at the World Whiskies Awards. With each award, both the price, and demand for the Hibiki 21 has risen, making the 17 the last of the current Hibiki aged range that could be bought within at a Salaryman’s price-range.

Whether you come for the Whisky, the history, or both, a trip to the Yamazaki Distillery is definitely worth the train ride from Osaka or Kyoto.  A true Japanese icon, the Suntory Yamazaki Distillery should be on anyone’s list of places to visit, while in Japan.